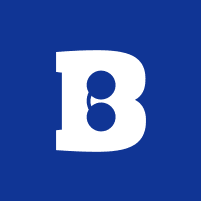 Colorblindness describes when your eyes don’t process or perceive colors normally. If you find it hard to distinguish between colors that seem so obviously distinct to others, the team at Benjamin Optical can help. From their office in Harlem, New York, they offer comprehensive colorblindness screenings to diagnose specific kinds of colorblindness, as well as special prescription lenses to help you see colors more accurately. To learn more, call Benjamin Optical today or use the easy online tool to schedule an appointment any time.

Colorblindness means your eyes are unable to see certain colors as they truly are. Also known as color deficiency, this persistent condition stems from a malfunction or deficiency in the light- and color-detecting cells within the retina of your eye.

Your retina contains two types of cells that perceive light and color. Rod cells, which detect only light and dark, are very sensitive to low light levels. Cone cells, which detect reds, greens, and blues, are situated toward the center of your vision. Your brain uses input from rods and cones to determine color perception.

How is color blindness diagnosed?

Because colorblindness is usually an inherited condition that’s present from birth, it’s possible to live with the disorder for many years without knowing there’s a problem, particularly if it’s relatively mild.

The team at Benjamin Optical use a variety of screening tests to diagnose colorblindness, pinpoint its type, and determine its degree of severity.

One effective screening tool, the Ishihara Color Test, is designed to look for red-green color blindness, the most common form of the condition. It uses a series of colored circles, each of which is made up of a collection of dots in different colors and sizes.

Other tests assess other forms of colorblindness, including blue-yellow colorblindness, the second most common type, and complete colorblindness, a rare condition that causes a total lack of color vision that makes everything appear in shades of gray.

As a chronic condition, colorblindness usually affects both eyes equally and remains stable throughout life. While it can’t be cured, there are visual aids and apps designed to help people with colorblindness differentiate between colors.

The team at Benjamin Optical also offers EnChroma® eyeglasses, which contain special lenses that allow people with red-green colorblindness to see a full spectrum of color and distinguish between colors more accurately.

Because these high-tech lenses require bright sunlight for maximal color impact, most people start with EnChroma outdoor glasses. EnChroma indoor lenses are designed to enhance color perception in low-light conditions; they can be especially useful when cooking, watching television, or working on a computer.

All EnChroma glasses can be ordered with or without corrective prescriptions.

If you suspect you or someone in your family is colorblind, call Benjamin Optical or book an appointment online today.